← back to
iapetus
Get fresh music recommendations delivered to your inbox every Friday.
We've updated our Terms of Use. You can review the changes here.

The Love and Fun Brigade

Hallucinogenic Treasures from the Convolution of an Imaginative Brain 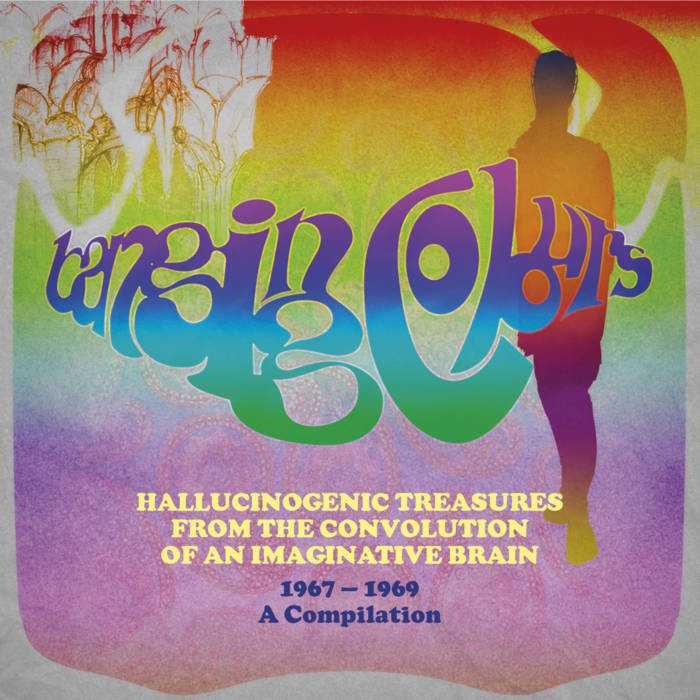 David Freshman The music on the brilliant CD is filled with wonderful Progressive Psychedelic treasures. "Ivica" and "The Letter" are gorgeous songs that fill me with a calm and serenity that is so needed.
Favorite track: Ivica.

The year 2017 marked the 50th anniversary of the Summer of Love. On this occasion, many finds from the London Underground music scene found their way into the public ear again. Now, with a little delay, perhaps the most important rediscovery from the time of Swingin' London is available: Iapetus presents with this compilation for the first time a comprehensive review of the work of the legendary British band Banging Colours.

During the short period of their existence in London from 1967 to 1969, Banging Colours around keyboarder and singer Manny Wolfe were considered one of the most important and influential bands of their time. Performances at the U.F.O. Club and in Middle Earth established their reputation as a cult band of British psychedelia fans. Joint appearances with Pink Floyd, Soft Machine, The Jimi Hendrix Experience, The Pretty Things or Tomorrow consolidated this status as well as their innovative light show, which gave the band its name.

Mathias Derer has meticulously searched and rummaged through the archives of record companies, radio stations and film studios, bringing to light some amazing things. More treasures than ever hoped for could be recovered, in almost all cases in the form of original tapes of the individual tracks and in far better quality than feared. Markus Reuter has remixed them with great devotion and has given these pearls of the psychedelic era, which were considered lost, new radiance. The result is a fascinating testimony of the probably most creative period of rock music.

Album 1 of the compilation brings together studio recordings from almost two and a half years, from the first and only single that not only sings about London's underground scene but also became its secret anthem, to songs from various album projects from 1967 to 1969. The material was written entirely by the band's head Manny Wolfe and bears his compositional signature. Album 2 includes jams and studio live sessions and shows the band from a slightly different side: it impressively documents their impartiality and freedom to improvise freely, leaving the three-minute format suitable for radio light years behind.

But not only the acoustic side of this rediscovery is interesting. In the course of extensive research, Mathias Derer has also succeeded in making the work of one of the most important graphic artists of his time partially accessible again. Wes H. Bernatt was not only a friend of the band and designer of their record covers, posters and the band logo, but also one of the most creative draftsmen and illustrators in London in the late 60s. His contribution to psychedelic art and graphic design was unjustly forgotten. Bernhard Wöstheinrich's revision of the album covers for this compilation brings Bernatt's merits back into focus.

This compilation is a major act and an important contribution to the history of music, which gives an idea of the importance of Banging Colours. A must for all fans of the 60s and lovers of psychedelic music.

Banging Colours around keyboard player and singer Manny Wolfe were considered one of the most important and influential bands of their time. Between 1967 and 1969 they performed at the U.F.O. Club and in Middle Earth, shared stages with Jimi Hendrix, Pink Floyd or Soft Machine and established their reputation as a cult band of British psychedelia fans. ... more

Bandcamp Daily  your guide to the world of Bandcamp